Change Starts At The Top

The University of Maryland Center for Environmental Science released the 2020 Chesapeake Bay Report Card, which is an assessment of a number of parameters that are used to indicate the current health of the Chesapeake Bay. The report card compares seven parameters, such as dissolved oxygen, water clarity, and total nitrogen/phosphorus, to goals that have been previously set for attainment. These indicators make up the Overall Health Index, which is used to score bay subregions. The Chesapeake Bay scored 45% (C Grade) in 2020, which is one percentage point higher than the 2019 report.

The report card also includes a score associated with the watershed. This score builds on the aquatic indicators and includes terrestrial and social factors in the score to give a more holistic result. A summary of the indicators can be found here. The Chesapeake Bay watershed scored a B- Grade. Bay tributaries were further broken down into upper, middle, and lower sections and received a score. The Upper James River received the second highest score, a B+ Grade, for these 23 different watershed regions. The Upper James' Total Nitrogen score was the best of any region. A breakdown of the Upper James' score is shown in the figure to the right.

Through active engagement with local stakeholders, PDCs will develop Input Decks for urban and developed land uses that meet the LAPGs in a format that best suits the dynamic communities in their regions. It is critical that local government leaders are involved in developing the Input Decks to ensure the suite of BMPs are realistic, reflect local priorities, will benefit local communities and clearly identify the resources (e.g., funding, technical support) that are needed to get the job done.

Pollutant reductions from agricultural lands are critical to meeting Phase III WIP goals. SWCDs provide critical technical assistance for farmers implementing agricultural BMPs that improve and protect the quality of streams and rivers. SWCDs in the Chesapeake Bay watershed will work with local agricultural communities to determine the BMPs that
are needed to achieve water cleanup goals while also meeting the needs of farmers. 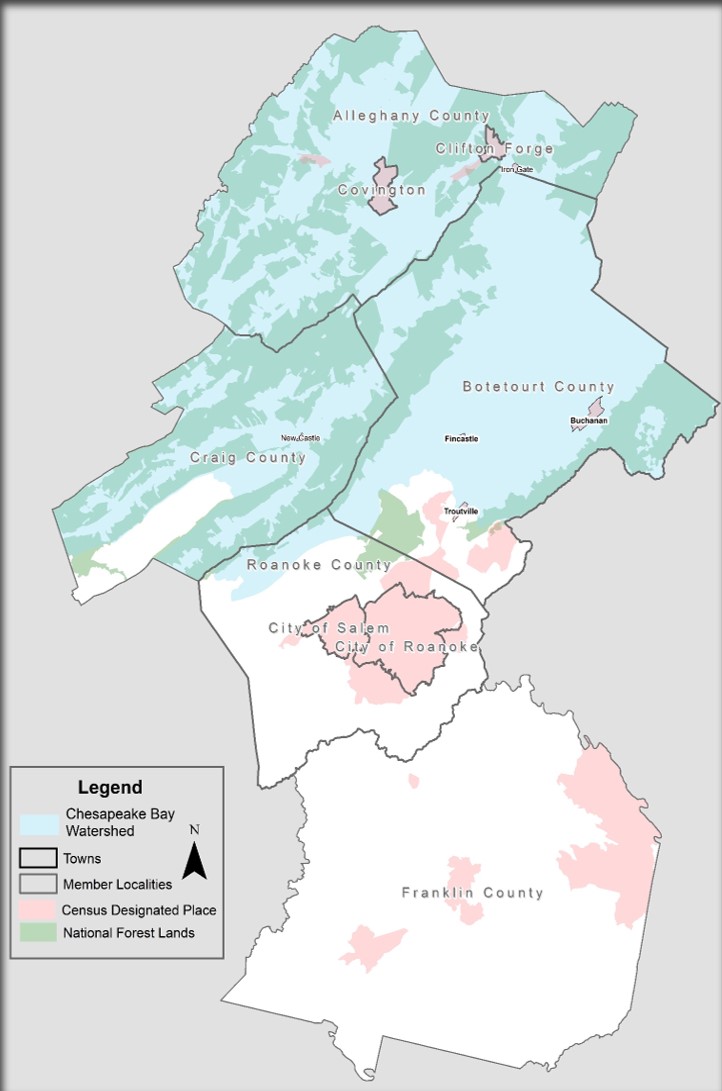